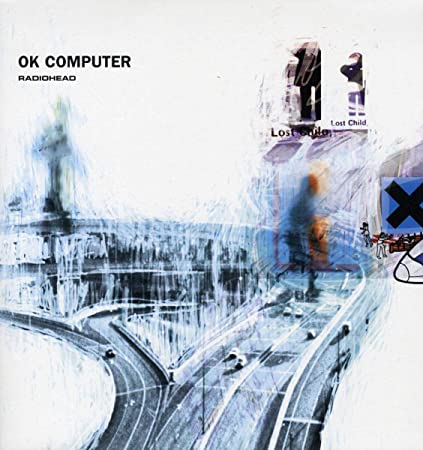 I’ve never been the most ambitious person. No grand plans or aspirations, just a little comfort and finding happiness in experiences rather than material things. Most importantly I have to enjoy working. As Bob Dylan once said: “A man is a success if he gets up in the morning and gets to bed at night, and in between he does what he wants to do.” I was enjoying my job at MVC but to increase the job satisfaction I wanted to manage my own shop. As that wasn’t available at Bournemouth or Poole I had to look elsewhere. I ended up in Penzance.

Living along the coast in the quaint and idyllic Marazion I lucked out on location. I was there for about nine months and during that time one album shines brightly in my musical memory alongside coastal walks, Vespa rides and jaunts over to St. Michael’s Mount. Radiohead’s OK Computer was an extraordinarily magnificent collection of fiercely intense, sometimes agonisingly sublime songs. Easy listening it was not, but most of the best albums aren’t. Thom Yorke seemed and sounded genuinely anguished, absorbed and suffocated within these songs. I absolutely loved it.

Their first album Pablo Honey was known to me by name only. Follow up The Bends I knew just because of the singles, which I liked but paid little attention to. But what was impossible to ignore and turned me most definitely on to OK Computer was their astonishing performance on Jools Holland’s Later… I think the album had just been released, so I and a queuefull of eager Penzance punters swept it up on the back of that performance.

Ok Computer is another of those albums where words don’t seem anywhere near enough to do it justice. Here’s a crappy stab… Complex, textured and ambitiously contemporary. A pulsating, guitar-driven voyage into the synthetic nature of ‘90s Britain. Alt-rock. Art-rock. Yada Yada. How does it make you FEEL? Or perhaps more relevant to OK Computer, how does it make you think?

It’s an album that begs for headphones, for the listener to be all consumed in its infinite depth, to fully commit to the ride. Clearly this was five men at their experimental peak, pushing boundaries and creating new sounds, but that’s Radiohead all over isn’t it? Constantly innovating, pioneering and futuristic. Always fucking with the music industry. Zero compromise. The best band since, well… OK Computer.

Cool, memories of an album without naming one track. That said, I loved this line from Paranoid Android…