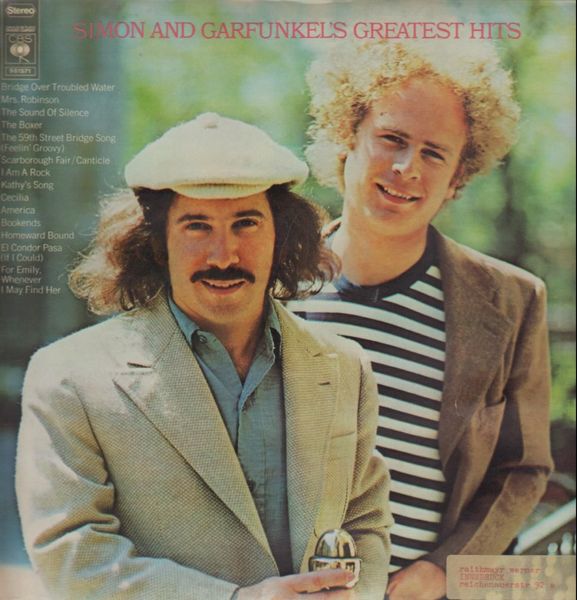 Now I was earning my own pennies – a permanent job at Discus don’tcha know and where I’d met some fellow music aficionados – Snu-Peas was becoming my home from home. I don’t think I ever bought a vinyl LP from anywhere other than a second-hand shop, and Snu-Peas was a five minute walk from my front door; it was well stocked, well organised, stunk of musical history, and heaven for a classic vinyl junkie which I was fast becoming. In 1983 the Top 40 had become far less appealing than a few years previous, and more than ever my focus was on the musical past, not the present.

My love of soul and Motown was largely based on the groove, passion and pure gut-feeling, but more and more it was the melody, harmony and lyrics that were doing it for me. I’d heard Simon & Garfunkel plenty but had never given them the attention they deserved until I grabbed their Greatest Hits. Paul Simon and Art Garfunkel were melodic and vocal perfection who captured a mellow, harmonic grooviness that appealed to my ever-growing softer, deeper and more introspective side.

One year after school’s out I felt like I was growing up quickly; I’d left home, got a job, new friends, failing at girlfriends and more than ever my thoughts, feelings and outlook on life was hugely affected by the words emanating from my speakers. Simon & Garfunkel oozed whimsy and laid-back reflection, but within the perfect harmony were beautiful visions; soft, thought provoking and exquisitely descriptive.

“I hear the drizzle of the rain
Like a memory it falls
Soft and warm continuing
Tapping on my roof and walls.”

“And from the shelter of my mind
Through the window of my eyes
I gaze beyond the rain-drenched streets
To England where my heart lies.”

In 1983 new romantics had all but had their day, but the heavy hitters remained, joined in the charts by the likes of Wham, Culture Club and Kajafuckingoogoo. Looking back, those pesky new romantics actually made some pretty decent tunes, but at the time I detested their fake sentiment, their shit clothes and more than anything their ‘pretending to play instruments that aren’t actually on the record’. Fake. Fake. Fake. Synthesisers and drum ‘machines’ were replaced by bass, guitars on drums on Top of the Pops and that made me more angry than it really should. Yes, I was becoming a music snob, but given the option of For Emily, Whenever I May Find Her or Club Tropicana I really had no choice. 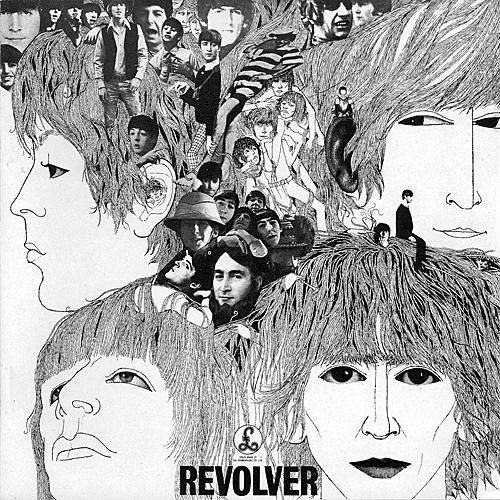 Since that day in late 1980, aged 14, when best friend David Sax lent me his dad’s Beatles Red and Blue albums, the Fabs became my musical addiction throughout the ‘80s. Over that time I bought all their studio albums, and read as much as I could, with the focus being on the life of John Lennon. Philip Norman’s Shout stands out as my favourite read, and its heavy bias towards Lennon’s musical input over McCartney most definitely influenced my early preference.

My Beatles purchase history was urgent and incessant. I bought the Red and Blue albums early, and Sgt. Peppers too as it was widely regarded as THE iconic, groundbreaking album, although for me that was Revolver. I knew very quickly that discovering The Beatles was going to be a long journey, and despite soon realising that around ’65 was when it really started happening, I would love the debut Please Please Me regardless of, or more due to, its simplicity. Those vocals and in particular the perfect harmonies were more than enough.

All The Beatles’ albums are stunning in different ways, and the musical expansion, progression and resulting influence is unarguable. Abbey Road comes a very close second as my favourite album, with Harrison’s contribution matching that of Lennon & McCartney’s for the first time, but Revolver contained such genius, such a perfect mix of simplistic beauty and never-heard-before hedonistic musical head fuck that, well… it’s just one song away from being my all-time favourite album. Yellow sodding Submarine. Great film, shit song.

By 1965 The Beatles’ music was expanding as fast as their minds. By 1966, that altered state had advanced into hallucinogens, and the resulting Revolver was just a perfect blend of groundbreaking experimentation, ‘60s pop classics and harmony-laden ballads. Truly revolutionary, Revolver was more than an album of the times, it defined the times. Eastern philosophy and instrumentation were prominent, and pioneering recording techniques were not just used, but perfected. There’s nothing short of brilliant throughout the 14 tracks, with the one obvious exception.

What age is old enough to be able to fully appreciate Revolver? To surrender to the void. I was 17, I’d been listening to The Beatles obsessively for two years, and I was very ready. In Here, There and Everywhere and For No One you have McCartney’s melodic pop perfection, Eleanor Rigby is immaculate production with the Fabs replaced by George Martin’s genius string arrangement. She Said She Said oozes Lennon, but Harrison’s guitar and in particular Ringo’s drums elevate everything, and in closer Tomorrow Never Knows, the song is a psychedelic masterpiece, a multicoloured psychotrip into a Tibetan Garden of Eden. Musical utopia. 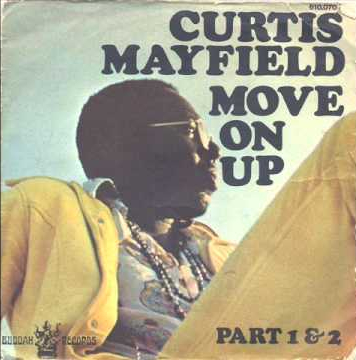 By the spring of ’83 I’d turned 17, and following a six-month stint in WH Smith in the stockroom and toy department I landed a plum job… a three-month secondment on the ‘Youth Opportunity Programme’ in Discus Menswear. Wey, bloody hey. At school, once I was out of shorts, I had a two-track mind: music and sport. Academic learning took a very distant back seat and suffice to say my post-school career ambitions didn’t amount to much. At 17, music was my life, and whilst a £25 per week YOP job at Discus was lacking in aspiration, socially it was perfect for me.

Soul was already a passion, and the likes of Booker T & The MGs, Otis Redding, Aretha Franklin and Curtis Mayfield were heavy turntable players. The latter’s Move On Up was well known to me, and one night in the summer of ’83 the setting moved from my bedroom to the dancefloor. I’d already seen Quadrophenia enough times to become very familiar with not just the music, but also the dress code and the northern soul shuffle. I’d squeezed into a few clubs as a 16-year old, but this one night, in the Neptune Bar at Boscombe Pier was a biggie.

I was watching Mods, or kids like me who had aspirations to be an Ace Face, or at least not a third class ticket. I watched, observed, studied and knew the time had come to do my thing. Now, New Edition’s Candy Girl was No.1 in the charts, and a cool take on ABC by The Jackson 5, but a soul stomper it was not. But as clear as day I remember this tune, and talc, and shuffling loafers. I also remember Move On Up, a soul classic, and giving it my best effort, hugging the dance floor perimeter. I was still battling shyness, I was far from cool, but I don’t think I let myself down.

Over the coming years, as my confidence improved, so did my dancing. Move On Up became a very firm favourite, not least when watching The Agency, Bournemouth’s soul tour-de-force in the late ‘80s. From the opening double drum hit and iconic brass intro this song evokes so many happy memories. The extended version was simply prolonged, bongo-heavy joy, but as much as the music it was Curtis’ positive message that was the inspiration.

“Move on up and keep on wishing / Remember your dream is your only scheme / So keep on pushing.” 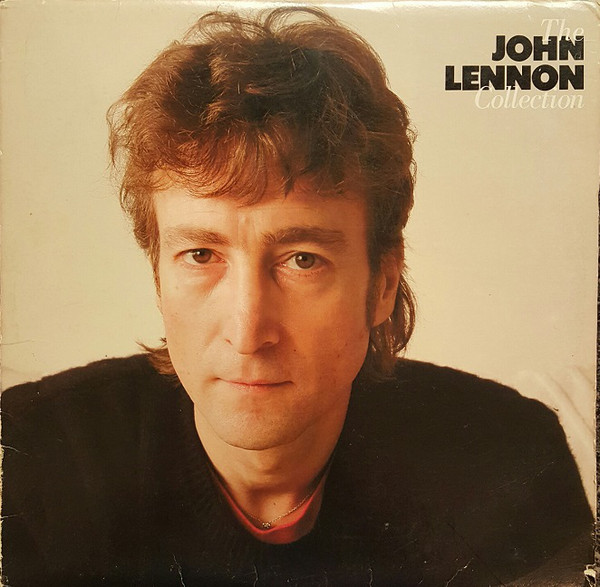 When John Lennon was murdered in December 1980 I confess to feeling little emotion, despite having been obsessing over The Beatles’ music for the previous six months. My Fabs devotion had only just begun, limited to the Red & Blue albums, just dipping my toes into what was to become a bottomless voyage of musical enlightenment. By the time The John Lennon Collection was released at the end of ’82, my journey had progressed rapidly with The Beatles becoming nothing less than an obsession.

Just prior to his death, Lennon released (Just Like) Starting Over, his first UK single for five years and alongside the re-released Woman, Imagine and Happy Xmas (War Is Over) his music dominated the radio and the singles chart for months. At the time these songs did little for me. Two years on and Lennon was about to become my hero. Those singles were familiar to me and I had grown to love them, but the sheer genius contained in this Collection had an intense and overwhelming effect on my psyche and my soul. They hit me deep. 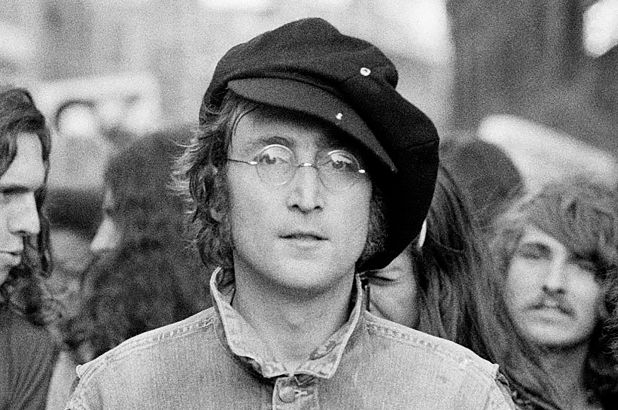 I listened to the album in its entirety on repeat, skipping nothing. I wanted to devour it all. But there were four songs in particular that just blew me away, previously unheard that matched, if not outshone the brilliance of Abbey Road or Revolver. #9 Dream was the first, a gorgeously dreamy, string-laden beauty. There are artists whose voice is immediately off-putting, and then there are those, like Lennon, whose tone and timbre seem to reach into your subconscious. I’ve often wondered how music affects some people’s emotions more than others, and have always felt grateful for what I’ve perceived as a heightened personal response. It was around this time that music, and Lennon’s in particular, was reaching and affecting parts of me previously undiscovered. #9 Dream hit the spot perfectly.

Playing these songs back as reference is proving my point. Within seconds of the start of Mind Games my skin tingles and a feeling like no other rushes through me. So the brain releases dopamine, but why more for some than others? Whatever. I’ll love the consequences of this ethereal, orchestrated epic. I was too young to fully delve into the lyric’s story and full meaning, that was to come, but I remember: “Love is the answer and you know that for sure / love is a flower / you got to let it, you gotta let it grow” and I know how this affected me. I was very conscious of becoming more aware of my inner self.

The meaning behind the sublime Beautiful Boy was far more obvious, and amongst the intimate lyrics for his son, Sean, was a line that quickly struck a chord: “life is what happens to you while you’re busy making other plans.” At 16 years old I could already relate to this and was a further intimation that I need to make the most of my life, and further encouragement to combat my shyness. Watching The Wheels is just gut-wrenchingly gorgeous, a heartfelt response and comeback to those who questioned his post-Beatles lifestyle, at times relatively reclusive though rarely out of the public’s conscious. Perfectly simplistic musically, but more than anything it was Lennon’s tone that got me, his intent and character straining through the lyrics.

John Lennon, despite his failings as a husband in particular, has been my hero ever since listening to this album. He had his faults like everyone else, but his humour, his humanity, his message of peace and love, and most of all his sheer genius as a songwriter and performer was, as a teenager surrounded by New Romantics and fake musical fluff, a very wise choice.