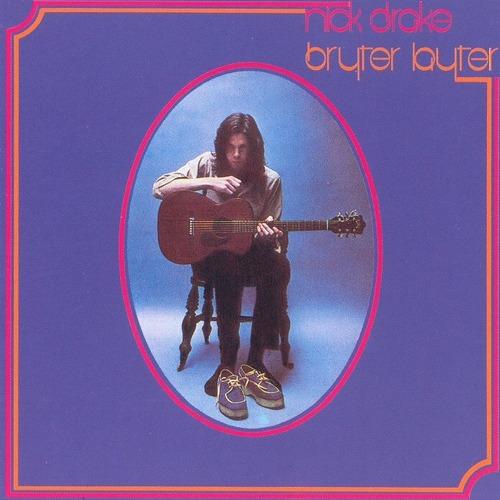 By the summer of ’95 and over a year into my MVC career I’d claimed the lofty title of assistant manager. Check me. The previous management team were big on country, and whilst Dwight Yoakam and Garth Brooks did little for me, and Shania Twain and Billy Ray Cyrus even less (nothing), there were other artists who the more alt or folk side of that road who grabbed my attention. Lucinda Williams, Emmylou Harris, Shelby Lynne I’d enjoy, but the album I fell for was Tomorrow The Green Grass by The Jayhawks.

From the first minute of the opening track Blue, the appeal of Tomorrow The Green Grass is all there. Glorious harmonies, stunning melodies and a mellow, rootsy guitar-based groove on top of reflective and introspective lyrics…

The constant highlight is the perfect vocal harmony between Mark Olson and Gary Louris. I’d love singing along, alternating harmonies, partly because they sounded so gorgeous and also because the songs were so goddam good; downbeat but uplifting and perfectly produced with piano and strings accompanying the orchestra of guitars. The producer was a dude. George Drakoulias was an A&R man for Def Jam, discovering The Beastie Boys and L.L Cool J. He signed and produced The Black Crowes as well as Primal Scream, Tom Petty and a lengthy list as eclectic as they come.

The guitar solos are another standout, particularly on Miss Williams’ Guitar and the rousing closer Ten Little Kids; distorted and soulful but never overdone. But as is my way it was the more lyrically melancholy and heavy-hearted that grabbed me the most. Blue was great opener, but Two Hearts is the album’s emotional peak if only for the sad as hell ‘I’m lonely, I’m lonely, I’m lonely too.”

The album’s predecessor Hollywood Town Hall and its follow up Sound Of Lies come close to matching Tomorrow The Green Grass, the latter just missing the perfect harmonies following Olsen’s departure. Would I have ever heard The Jayhawks if I wasn’t working in a record shop? Almost certainly not. It almost (definitely) makes the hat-trick of redundancies worth it.

In March ’93 I returned to France with Keycamp, this time to Fréjus on the Côte d’Azur, to a smaller, more relaxed site than Vias Plage with more opportunity and need to speak French, which nearly thirty years later I’m still learning. In June that year Neil Young released his MTV Unplugged live album, and that was my beautiful summer earworm. Why I bought that and not Harvest or other ‘70s classic albums I assume was because I’d seen the MTV show in February, but regardless, I devoured its lavish simplicity.

Neil Young’s voice makes me shiver in a very, very good way. It’s totally unique like an about to crack falsetto. But it never does. It strains, sounds pained and gushes with emotion like the sound of tears singing. My senses die for it, as opposed to the low growl of Tom Waits, Leonard Cohen and Nick Cave who I’ve never been able to enjoy. My loss. On his MTV Unplugged album his voice is front and centre. Every song is performed in its purest form, with the likes of Mr Soul and Like A Hurricane and in particular Transformer Man almost unrecognisable from the original.

Performing songs from ‘67’s Mr Soul to tracks from Harvest Moon released in ’92 this was my second phase of discovery into Neil Young, following the previous year’s obsession with After The Goldrush. Listening to the album I had little idea about the origin of almost all these songs, so was listening with fresh and eager ears. There’s little on the album I didn’t love, but some songs hit me particularly hard. Mr Soul got me with simple guitar, harmonica and: “I was down on a frown when the messenger brought me a letter / I was raised by the praise of a fan who said I upset her.” Such gorgeous torture.

Pocahontas and Stringman are both stunning through their musical restraint, leaving the anguish in Neil’s voice to heighten the intensity. The emotion increases on Like A Hurricane, performed on a pump organ the song just brought tears…

Unrelenting, The Needle And The Damage Done and Helpless both keep the mood beautifully low, until the spirits lift and love, hope and happiness shine towards the set’s end. The harmonies on Transformer Man are angelic, matched on the adoring and sentimental homage to an Unknown Legend. I’d play that song to death, just to hear Neil sing: “I used to order just to watch her float across the floor.” Featuring Neil’s half sister Astrid on backing vocals and Nils Lofgren on autoharp, guitars and accordion, the band’s tone throughout is impeccable, his songs shone, and that summer my love for Neil Young just intensified. His down was just divine. 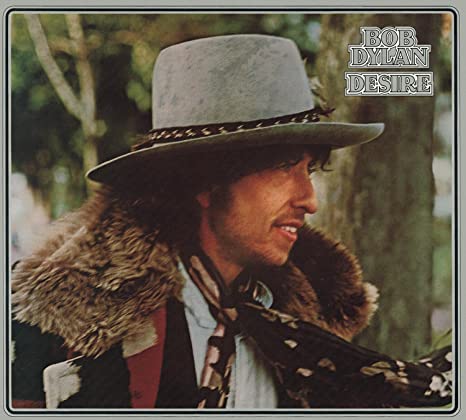 So, in 1992 I discovered three incredible albums. Neil Young’s After The Goldrush, David Bowie’s Hunky Dory and Bob Dylan’s Desire. I used to make my own mixtapes. I had dozens and took them to France, but once these three incredible albums hit my ears my tapes took a back seat. All three dominated my headphones and were the soundtrack to my summer. Neil Young gave me sentiment, sincerity, honesty and hit my emotions with as much ferocity and ruthlessness as words and music can muster. Bowie was the ultimate musical stargazer, the supreme dreamer, romancer, chancer and whimsical rock earthling. And Dylan? The ultimate seductive storyteller and Desire was a book I couldn’t stop reading.

Obviously I was aware of Dylan’s legend, but Desire was my first album experience. The best stories take you places and paint beautiful pictures. They excite and exhilarate you, urging you to discover more. The opening track, Hurricane, did that and more. I heard it, dissected it, loved it and learned it. I read about Rubin ‘Hurricane’ Carter, and read some more. The song does his legend perfect justice, with Dylan’s protest able to capture the injustice in a cinematic eight minutes, aided by Scarlet Rivera’s rampant violin and Ronnee Blakley’s backing vocals.

One of my many loves on Desire is the juxtaposition between Dylan’s vocals and his backing singers, Blackley and Emmylou Harris. Many songs, vocally at least, sound like one-takes with Blackley and Harris struggling to match Dylan’s rhythm, imperfect but utterly impeccable. With the exceptions of Hurricane and Joey, Desire is largely an album full of seductive folk tales, it blends and flows to create a beautiful whole, a romantic vision of outlaws, gypsies, drifters and gunslingers, set in some Mexican mountain wilderness. Accordions, castanets, harmonicas and Scarlet Rivera’s sumptuous violin act as colourful characters to the gypsy cowboy theme.

That gypsy vision radiates through songs like Romance In Durango, One More Cup Of Coffee and Black Diamond Bay. The former’s opening is literally searing…

“Hot chilli peppers in the blistering sun
Dust on my face and my cape
Me and Magdalena on the run
I think this time we shall escape.

Sold my guitar to the baker’s son
For a few crumbs and a place to hide
But I can get another one
And I’ll play for Magdalena as we ride.”

Desire was the first, and still my biggest Dylan love. Many more albums would follow, containing songs that would surpass these. But as with my biggest musical loves it’s the feel, the emotion, the warmth and the huge sense of taking you to a particular time and place, occupied by the most colourful and truly believable characters, that sets Desire apart.