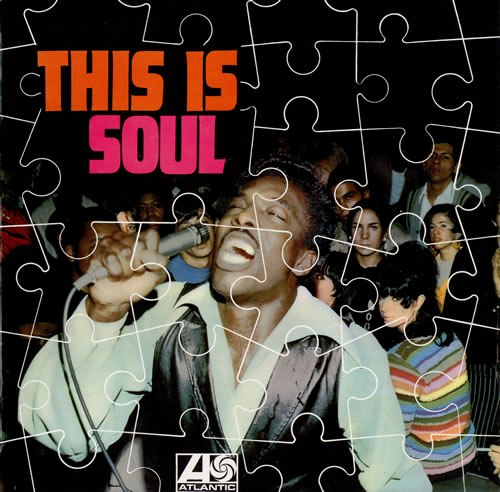 Listening obsessively to the likes of The Specials, The Beat, The Jam and Dexys for the previous couple of years, it was inevitable that those band’s musical roots were to follow closely behind in my own musical catalogue. 1960s and ’70s ska, soul and funk was about to hit me hard, and it all started with this vinyl gem released in the UK in 1968 – This Is Soul!

The album is a ‘best of’ from the Atlantic label, featuring Stax and soul heavyweights and mostly well-known nuggets. Like almost all my other second-hand vinyl purchases it came from Snu-Peas in Boscombe; still to this day a tiny, overstocked, gloriously dingy vinyl palace – my memory is shocking so where the money came from I haven’t the foggiest – pocket money perhaps, which would have been money very well spent. This album was stunning; a soul education which only enhanced my allegiance with school-friends who were sporting sta-prest slacks and Fred Perry tops with far more confidence than I could muster.

How best to describe This Is Soul? Emotional, inspirational, passionate, raw, cool and groovy as fuck. It took me another five or ten years to learn, but this album came from what was for me the golden era. In the mid 1960s popular music was evolving and challenging, drugs were having a beneficial effect on the music being recorded (if not on the musicians themselves), and American soul and rhythm ’n’ blues was riding high as an inspiration to bands, djs and music lovers on both sides of the Atlantic.

Soul just felt so wonderfully raw and real. Much of the Top 40 was horribly overly manufactured as those plastic New Romantics began appearing in droves. My hatred of those new ‘synthetic’ sounds was exaggerated by this new found love of 60s music, but I care as little for that now as I did then. What is soul? I’ll leave it to Ben E King… 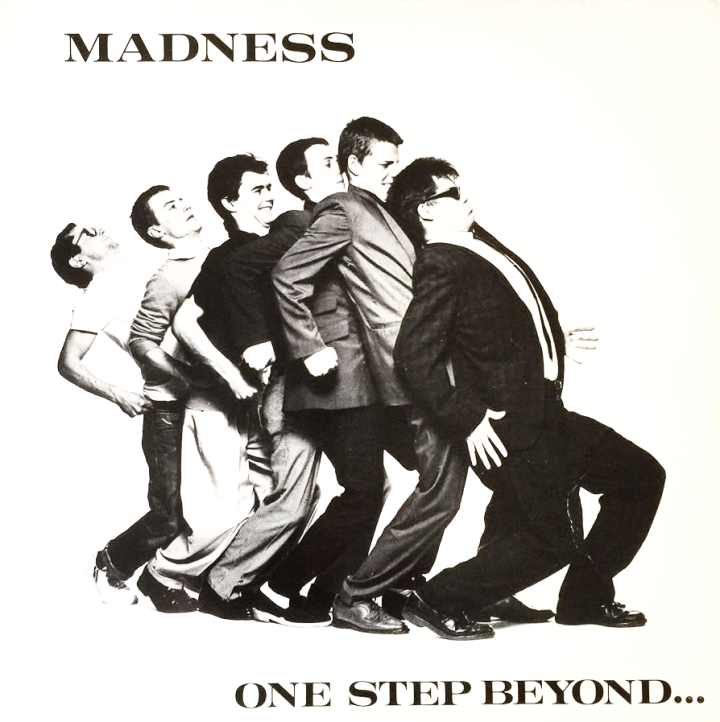 40 years ago I was a spunky school kid sporting sta-prest and Fred Perrys, carrying an unhealthy obsession with pop and desperately trying to mimic my newly found idols. Madness’ debut album One Step Beyond was made for a boy like me. The brand new 2-Tone label was seen as the second wave of ska; coming off the back of punk it was faster and edgier than in its sixties heyday, and in most cases, due to the social unrest at the time, had a strong political lyrical edge.

Madness were at the centre of that early 2-Tone scene, but politics seemed to be the last thing on their minds. Unlike most of their 2-Tone counterparts Madness regularly swayed from the labels’ ska roots, blending rock’n’roll, rockabilly and ‘60s pop into their sound. Lyrically too the subject matter was more diverse, from schoolboy tales of playground antics and first loves to underwear thieves and random cockney patois. The stomping Night Boat To Cairo was my fave, just a glorious ska romp and learning the lyrics to sing along was a must.

As much as anything the 2-Tone label had a wonderful identity; beyond the tonic suits and loafers this wasn’t musical sophistication, but was something teenagers could instantly and totally relate to. I dived into the deep end consuming the music with a fevered passion of which only a 13 year-old is capable. This was an album way beyond it’s brilliant singles One Step Beyond, My Girl and The Prince, I could listen to it now and love it almost as much.

One Step Beyond was totally of its time, but nostalgia apart it is still a brilliant debut album. Looking back, I feel lucky to have been thirteen years old in 1979. Not just for The Jam, The Specials, The Selector, The Beat and the iconic 2-Tone scene, but the Top 40 singles chart, Top of the Pops, Smash Hits, Our Price, Cassette Players, now all long gone but I’d take those days over our current instant download culture any day. My love affair with Madness ended with the release of their third album, but Absolutely, and in particular One Step Beyond are iconic, brilliantly British pop masterpieces.